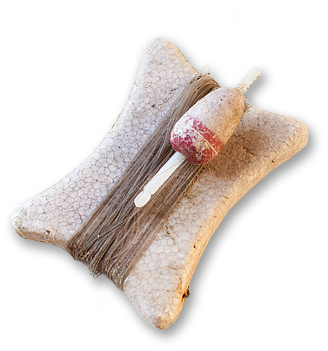 Big game fishing is a popular social activity in the world, and it is also recognized in Croatia as a perfect blend of fun and adventure.

Sport fishing is an ideal fit in the concept of tourism development in Komiža, which has long been the most famous fishing spot and the hunting area in the Adriatic and beyond.

Big game fishing is traditionally held every year in July .

Fishermen’s night takes place on the first Saturday in August, and it’s a night known for good wine and grilled sardines given freely to visitors. At that time, the waterfront is full of people who are having a great time feeling the rhythms of the famous musical performers.

Rota Palagruzona is the festival of the sea, of the fishermen, and of the boats. Tourists who want true peace can sail to the distant Palagruža. Towards Palagruža, our most distant island, and in the honour of former offshore fishermen, sails out the traditional boat race headed by two falkuša gajetas.

In Komiža you can do many things, you can learn to dive in the diving centre, or you can learn to fly like a bird and watch Komiža from distant sky. The island of Vis is the only Croatian island with registered airfields for paragliding.

Visit us in late fall and early spring and enjoy the events that only Komiža offers.

Incineration of a sacrificial boat – a hundred years of tradition.

Every year on the December 6th, on the Town of Komiža Day, traditionally an old wooden boat is being burned as a ritual sacrifice to save sailors, fishermen and passengers, whose patron is St. Nicolas, and the ashes of the burned ship is used for the blessing of newly built ships.

The Catholic tradition of prayer and worship that lasts 40 hours (comes from the Italian word quaranta – forty, and ore – hours). The adoration begins one week before Easter on Palm Sunday and lasts until Wednesday at noon, the ritual is known as the act of exposing the Blessed Sacrament. At that time the church is decorated in a special way: the central altar is lined in red fabric and filled with white flowers and candles, which makes the ritual solemn and sublime. This practice can be seen in churches in Italy and here in Komiža.

The carob, an essential ingredient in many cakes, has its own special event. Organised by the Tourist Board of Komiža in late September, it is a kind of festival dedicated to the culture of carob, which is the oldest indigenous plant in Komiža, next to vine, both being two significant symbols of Komiža.

Komiža has processed carob for almost 50 years, since the only carob mill in the whole Croatia is right here – in Komiža.